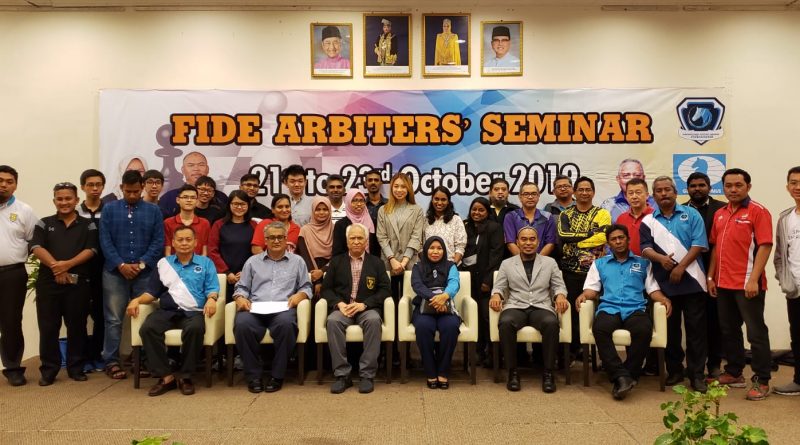 From 21st to 23rd October 2019 a FIDE Arbiters’ Seminar was organized in Rompin, Malaysian, by the Persatuan Catur Negeri Pahang and the Malaysian Chess Federation, under the auspices of FIDE.
The venue of the Seminar was Rompin Beach Resorts Hotel in the state of Pahang.
The Lecturer was IA/IO Chan, Kwai Keong (HKG), FIDE Lecturer and the Assistant Lecturer was IA Collin Madhavan (MAS).
The language of the Seminar was English.
Thirty three (33) arbiters from Malaysia participated in the Seminar and thirty (30) of them participated in the examination test, held after the end of the lectures. There were seven (7) ladies who attended, generously sponsored by the Women’s Commission (WOM).
The following succeeded in the test and they will be awarded norms for the title of the FIDE Arbiter, after the approval of the next FIDE Congress: