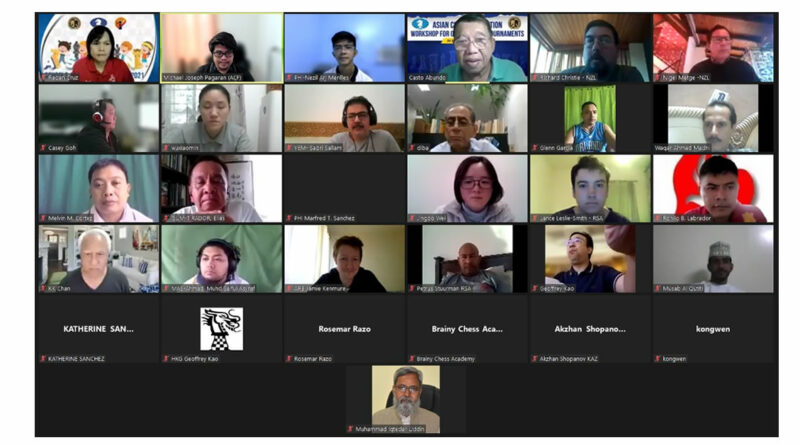 The 102nd Internet Based FIDE Arbiters’ Seminar (AsianChess Federation) was held from 20th to 22nd August 2021. It was organized by the Asian Chess Federation, under the auspices of FIDE.

Twenty-five (25) arbiters from fourteen (14) federations (AUS, CHN, GUM, HKG, JPN, KAZ, MAS, NZL, OMA, PAK, PHI, RSA, SRI, and YEM) participated in the Seminar, and all of them participated in the examination test, held after the end of the lectures.