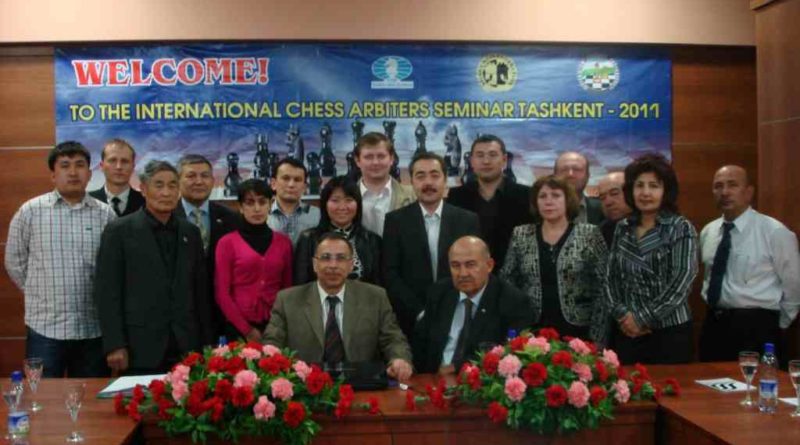 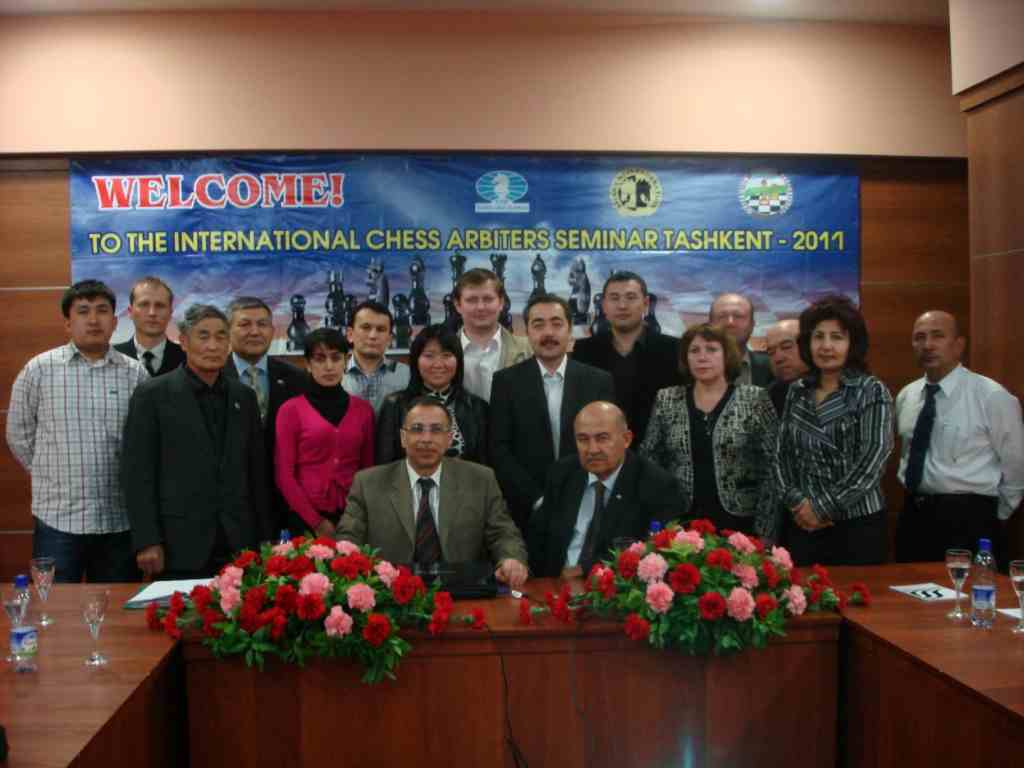 From 23 to 25 March 2011 a FIDE Arbiters’ Seminar was organized in Tashkent, Uzbekistan, by the Uzbekistan Chess Federation, under auspices of FIDE.

20 Arbiters from Uzbekistan, Kazakhstan, Tajikistan and Armenia participated in the Seminar

18 of them participated in the examination test, held after the end of the lectures and the following succeeded in the test and will be awarded a norm for the FIDE Arbiter title and after the approval of the next FIDE Presidential Board: