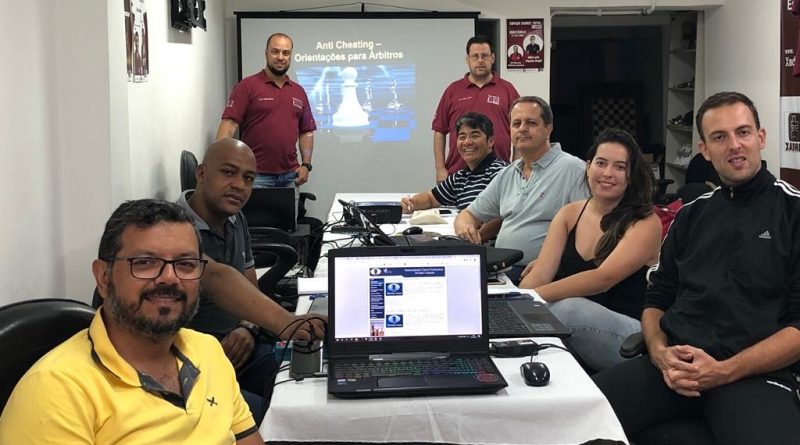 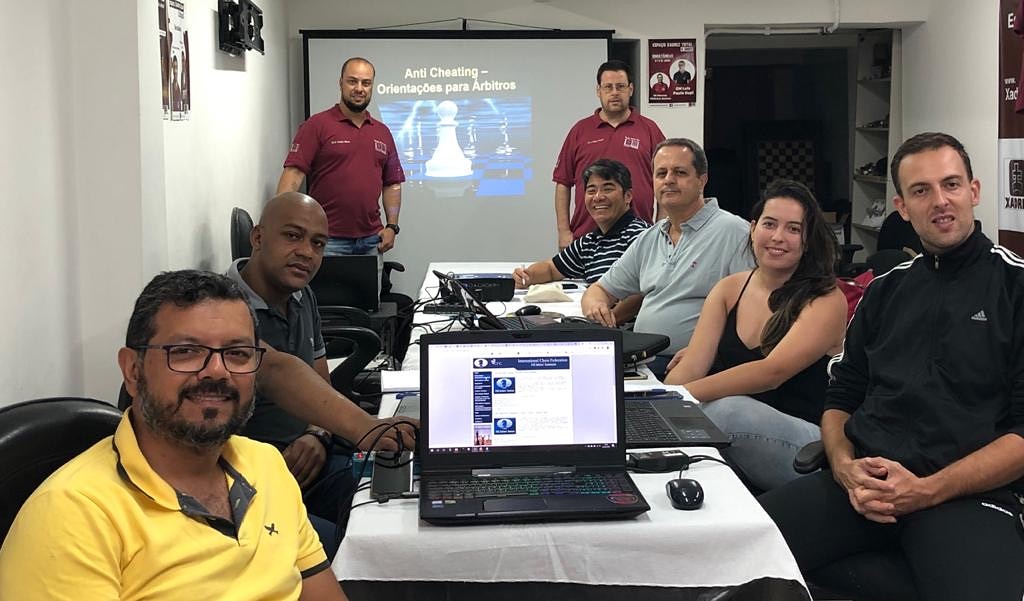 From 22nd to 26th February 2020, a FIDE Arbiters’ Seminar was organized in Sao Paulo, Brasil, by the Confederação Brasileira de Xadrez – CBX, under the auspices of FIDE.
The Lecturer was IA Ribeiro, Pablyto Robert Baioco (BRA), FIDE Lecturer and the Assistant Lecturer was IA Amaral, Mauro (BRA).
The language of the Seminar was Portuguese.
Six (6) arbiters from Japan and Brasil participated in the Seminar and all of them participated in the examination test, held after the end of the lectures.
The following succeeded in the test and they will be awarded norms for the title of the FIDE Arbiter, after the approval of the next FIDE Presidental Boar: