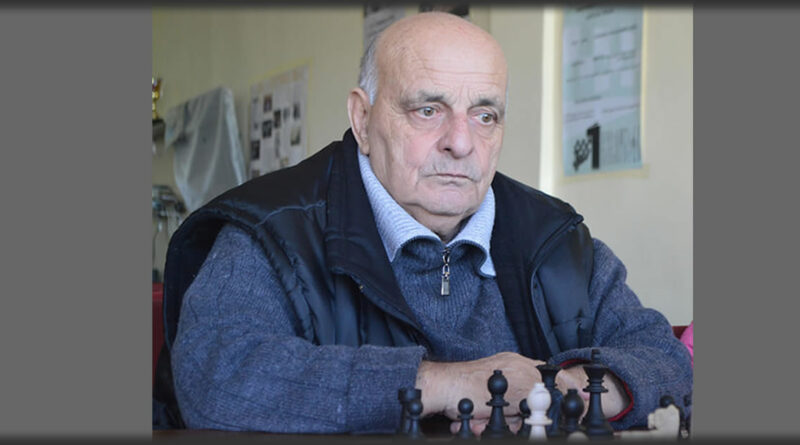 Obituaries
September 11, 2020September 12, 2020 arb
With great sadness, the FIDE Arbiters’ Commission was informed that IA Chanturia Guram from Georgia passed away on 7th September 2020.
Guram Chanturia made a significant contribution to the development of chess in Georgia.
As early as 50-60 ies, he defended the honor of Adjara in the competitions of the strongest chess players of Georgia. He has been an arbiter in major tournaments, and, most importantly, for almost six decades he has been teaching young Batumi the wisdom of chess.
Among his students there are well-known and promising chess players. Today, many of them are engaged in pedagogical activities.
In 1968, Guram Chanturia received the title of National Arbiter, and in 2001 FIDE awarded him the title of International Arbiter.
In 1955-1959, he was the strongest chess player in Adjara and was a member of the youth team of Georgia, systematically took part in the finals of the Championship of Georgia. In 1962 he became the champion of Georgia.
In 1996, he was awarded honorary diplomas of the Department of Sports and the Chess Federation of Georgia.
In 1990, he was recognized as the best coach of the year, and in 1999 he was awarded the title of best coach of Adjara of the 20th century.
In 2011, he was awarded the Olympic Order for his great contribution to Georgian sport and in connection with the 75th anniversary.
In 2017, by presidential decree, he was awarded the Order of Honor.
Despite his age he dedicated all of his life to taking part in chess life. He taught at a Sports School and at the Chess Club Nona.