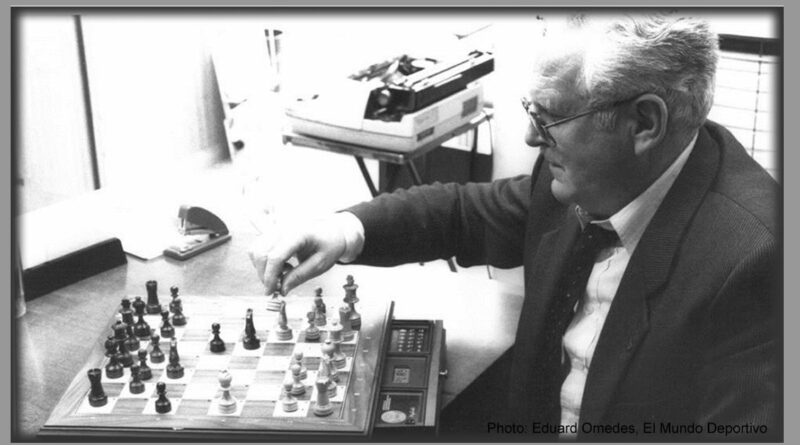 International Arbiter Joan Vila I Segura has passed away on October 26, 2020, aged 92.

He started playing competition chess at Vic Chess Club (Club d’Escacs Vic) where he served as president for 6 years. He also played with important chess clubs in Catalonia as Barcelona, SEAT, Espanyol, and Tres Peons, his last club where he was affiliated since 1995. Senior Champion of Catalonia in 2004, aged 76.

Awarded with the Medal for Sports History Forgers of Catalonia in 1989. For 40 years, he had a chess column in Barcelona sports newspaper El Mundo Deportivo, where he has published around 12,000 chess games on a daily basis. The last game was published one week before his death. He also collaborated with Avui and Diari de Barcelona.

He became International Arbiter in 1992.

Here you can find a typical example of Joan Segura’s play, he was a great fan of sharp variations. https://www.chessgames.com/perl/chessgame?gid=1224898 His last game registered in FIDE was played in January 2020, in the Catalan League.