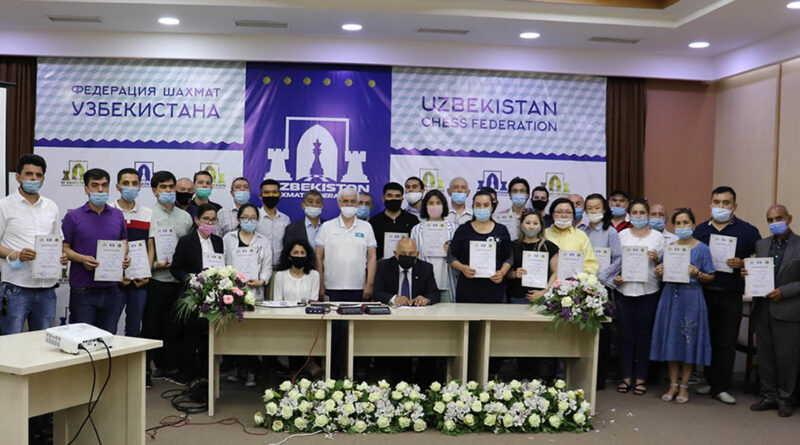 From 10th to 12th May 2021, a FIDE Arbiters’ Seminar was organized in Tashkent, Uzbekistan, by the Uzbekistan Chess Federation, under the auspices of FIDE.

The following succeeded in the test and they will be awarded a norm for the title (or direct title for AFG) of the FIDE Arbiter, after the approval of the next FIDE Council: