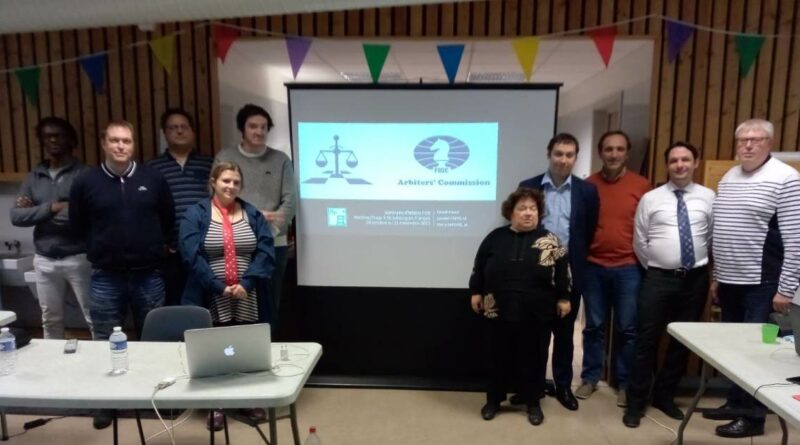 From 20th October to 21st November 2021, a FIDE Arbiters’ Seminar was organized in Strasbourg, France, by the French Chess Federation and Direction Nationale de l’Arbitrage – FFE, under the auspices of FIDE. The first part of the seminar was held online over 5 sessions and the second part in Strasbourg during a full weekend (20-21 November).

The language of the Seminar was French.