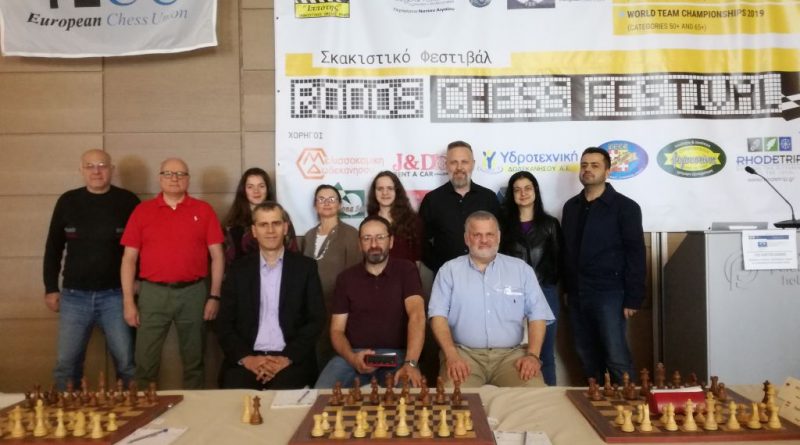 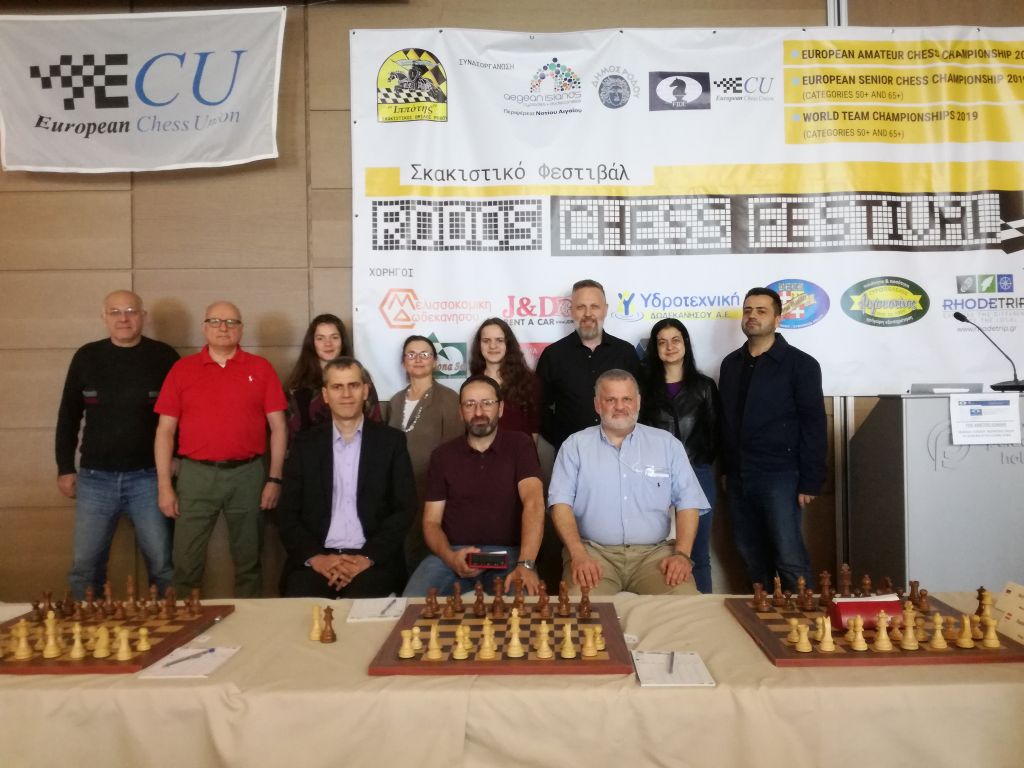 The seminar was held in the island of Rhodes, at the Olympic Palace Hotel, at the playing venue of the European Amateur and Senior Chess Championships 2019 (April 8-12th, 2019).
Lecturer was IA Prevenios Mihail (4203585) and Assistant Lectures were IA Tsypin Vadim (2623463) and IA Biagioli Marco (841285).
The language of the Seminar was English.
Eleven (11) Arbiters from Greece, Germany and Canada participated in the Seminar. Eight (8) of them attended the exam. Two (2) of them passed the examination test with 80%.
The following succeeded in the test and they will be awarded a norm for the title of the FIDE Arbiter, after the approval of the next FIDE Presidential Board: